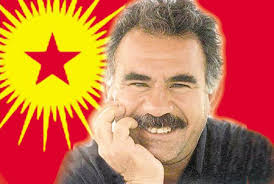 On 14 March 2021, rumors were disseminated by a number of anonymous Turkish digital media accounts alleging that Kurdish peoples’ leader Abdullah Öcalan had died in prison. Over the last 22 years of Mr. Öcalan’s inhumane isolation in the prison island of Imrali, we have seen that spreading such rumors is a part of the psychological component of the Turkish state’s war against the Kurdish people.

Due to the absence of any dependable information on Mr. Öcalan’s current situation, the Kurdish people and their friends are deeply concerned. The allegations concerning Mr. Öcalan’s life were spread shortly before Newroz, the Kurdish New Year festival, on 21 March. Newroz, which has been celebrated by Kurds for over 2,600 years, is a festival of life and resistance, and has become an important demonstration of national identity and resistance to occupation and foreign rule. As this important day approaches, Kurds worldwide have been on high alert in response to the rumors concerning Mr. Öcalan.

The European Committee for the Prevention of Torture (CPT) of the Council of Europe has not imposed sanctions against Turkey and only issued written or oral criticisms of the Turkish state. The inhumane and lawless conditions of the Imrali Island F-Type Closed High Security Prison where Abdullah Öcalan has been held since 1999 have continued until today. Regarding the conditions at Imrali, a total ban on contact with the outside world (including correspondence) was imposed on all prisoners held at Imrali Prison, resulting in a type of incommunicado imprisonment.

The CPT itself stated that “such a state of affairs is not acceptable and clearly contravenes various relevant international human rights instruments and standards”. Separately, a report by the United Nations’ Special Rapporteur Juan Méndez to the UN General Assembly in October 2011 stated that solitary confinement “can amount to torture or cruel, inhuman or degrading treatment or punishment when used as a punishment” and called on all countries to ban this practice except in very exceptional circumstances. Nonetheless, Mr. Öcalan’s isolation persists. The last visit of Mr. Öcalan’s lawyer to Imrali occurred on 7 August 2019, and Mr. Öcalan’s most recent communication with his family took place by phone on 27 April 2020. It is obvious that the current detention regime enforced by the Turkish state at Imrali is contrary to the United Nations Standard Minimum Rules for the Treatment of Prisoners (Nelson Mandela Rules).

For years, Turkey has been in a state of crisis, with authoritarian Turkish President Recep Tayyip Erdoğan and his Justice and Development Party and Nationalist Movement Party (AKP-MHP) coalition government crushing all forms of dissent to maintain and strengthen their grip on power. Erdoğan has rendered all other state institutions powerless, with no checks remaining on his ability to rule by decree. On 26 February 2021, UN High Commissioner for Human Rights Michelle Bachelet highlighted human rights violations in Turkey in her report to the 46th session of the UN Human Rights Council.

Turkey is a member of the Council of Europe. First and foremost, the Council of Europe and its Committee for the Prevention of Torture (CPT) are responsible for ensuring compliance of international law in the prison island of İmrali and enabling an immediate visit of Mr. Öcalan’s lawyers to İmrali. The Office of the UN High Commissioner for Human Rights must also act urgently to take action against Turkey, a UN member state, and the European Commission must ensure that Turkey fulfill its obligations with respect to democratization, human rights, and rule of law as a candidate for EU membership.

Lastly, we call on international organizations active in the fields of human rights, democracy and conflict resolution to dedicate resources to pressuring the Turkish state to comply with international law.